Like any architectural archetype, a lighthouse carries significance far beyond its function. It is, essentially, a structural metaphor – both a warning and a beacon, a reminder of nature’s power and a symbol of humanity’s attempt to control it. If it is the oldest continuously operating light station on the West Coast – like Pacific Grove’s 43-foot-tall Point Pinos Lighthouse, first lit 168 years ago today – then it is most assuredly a treasured icon.

But while our beacon is still used by the Coast Guard to aid in navigation, one wonders if historic lighthouses are teetering on the edge of obsolescence, like old-fashioned grain elevators in the Heartland. In this GPS era, might they go the way of the one-room schoolhouse and old barns painted with “Chew Mail Pouch Tobacco” ads?

There is certainly a feeling of stepping into a bygone era while exploring the lighthouse (open to visitors on weekends). Run your fingers over the rusted anchor resting next to the back door – a relic from the sunken ship Gipsy, which met its demise in the bay more than a century ago – and you can almost feel the years at your fingertips. Climb the circular stairway to the second floor, where a pair of boots can be seen in a restored bedroom, and you can almost hear the sound of famed “Socialite Keeper” Emily Fish sighing as she fell into bed after a hard day’s work (or after a lighthouse dinner party).

But there is also a sense of the march of time. The first light source was a whale oil lantern that used to be snuffed out during daylight hours. A falling weight mechanism rotated a metal shutter, causing the beam to appear to turn off and on. Today’s signal, automated since 1975, utilizes a 1000-watt bulb amplified by lenses and prisms to produce a 50,000-candlepower beam. In good conditions, it’s visible 17 miles out to sea.

Or consider that Punta de los Pinos, named by Spanish explorer Sebastian Vizcaino in 1602, translates to “Point of the Pines,” so named for the trees that crowded the shores at the northern tip of the Monterey Peninsula. Robert Louis Stevenson once described Point Pinos Lighthouse as standing amid “a wilderness of sand.” These days, it overlooks the 10th fairway and 16th tee of Pacific Grove’s municipal golf course. Once a guide to occasionally wayward vessels with names like Celia (wrecked in fog off of Point Joe in 1906) and Aurora (stranded on Del Monte Beach in 1935), it is now more likely to attract wayward shots from Big Bertha.

But I prefer to think of Point Pinos Lighthouse as attracting something more, beckoning not only sailors to the Peninsula, but also scientists and soldiers and merchants and tourists and immigrants and poets. It is all things to all people – a signal, a sentinel, a historical touchstone, a vacation snapshot, a conduit to distant places, and (maybe most of all) a welcome home. 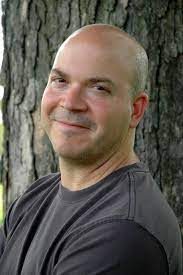